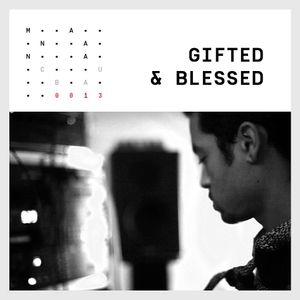 Gabriel Reyes-Whittaker is a composer and sound artist who is best known for his electronic works of widely varying styles. He has released records through his own label, Gifted & Blessed, as well as with several others including Wild Oats, Eglo, All City and Sound In Color.

Gabe has spent the last few years studying MIDI composition and analog synthesis. This is reflected in the works he has released since, which range often drastically in style and exhibit the breadth of his learning process. He calls these varying sounds by the umbrella term "technoindigenous studies," a bridging of the technological with the ancestral in his music.