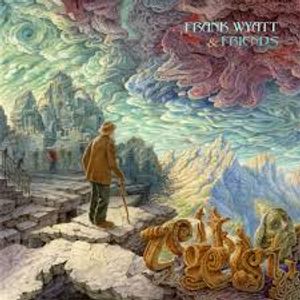 Tonight's show features an exclusive interview with Frank Wyatt, co-founder of Happy The Man - one of the best American progressive rock bands of the seventies. On the show Frank talks about his new CD "Zeitgeist" credited to Frank Wyatt and friends, those being many of the ex members of Happy The Man as well as other musicians he has worked with in other projects such as Oblivion Sun and Pedal Giant Animals.
He also talks about the day that Peter Gabriel came to visit the band in Virginia in the summer of 1976 when he was looking for musicians for his upcoming solo album. You'll also hear about what kept him busy in the years following Happy The Man and their reunion for Nearfest 2000 and subsequent CD "The Muse Awakens".
Throughout the interview you'll hear music from Frank's career from Happy The Man and all through his other musical projects culminating with the brilliant new CD "Zeitgeist"