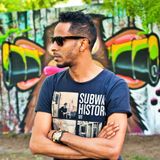 Support Ahmed Khalil (Mada) by subscribing directly to this channel and get access to exclusive rewards.

Ahmed Khalil aka DJ Mada started his career at the age of 16, playing at the one and only local club in his hometown Suez, Egypt. Mada's love of music soon led him to clubs in Cairo, Alexandria, and in the early 90's he landed a DJ job in Hurghada. In a few years, Mada played in some of the most prestigious venues across the Egyptian seaside. In 2002 he moved to Hungary. Soon after his arrival to Budapest, Mada played at several underground clubs that paved the way for him to perform at events such as the world-famous Cinetrip spa party series, the vibrant MayDay gigs, and Sziget Festival.