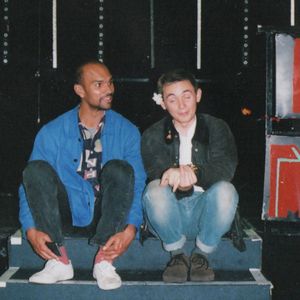 Curators and creators from London to Chicago via Lagos and Paris featuring EMAENUEL and ALEX B on PLEASE DON’T GOA with themes of resistance and angst coming through this show. The connections with these dear friends have both been through the RHYTHM MACHINE universe, which has activated ongoing and probably never-ending discussion about the joys, histories, limitations, disappointments, hopes and futures of the dance-floor as an ‘eco-system’. Resistance and frustration has foregrounded a lot of this discussions, where we’ve all acknowledged the exploitative path that dance culture and it’s supporting industries are veering towards and EMAENUEL and ALEX B have pushed up against that change in their work as sound artists, curators producers and DJs. We’ve all been lucky to be involved in RHYTHM MACHINE where in the roles we’ve all undertaken there have attempted to re-instate a lost ethos back into night club culture that it has suppressed from itself for the last decade. It has had i