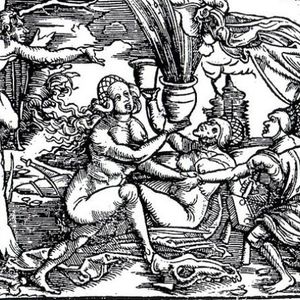 This show was 56th in the global experimental chart.

1731, Fribourg, a city in Switzerland near by the mountains. A presumed witch is
burned on a stake. Her name is Catherine Repond who used to be called « Catillon
». Before that, she was subjected to torture to obtain confessions to condemn
her. She was first hung by the arms with a rope and weights of 25 and 50 kilos
were attached to the legs. Catillon was the last victim of popular
superstitions. Witchcraft trials were a good way to kill someone who did not
fit; whatever the reason. Patriarchy used witches to justify inexplicable local
phenomena and mostly to put their hands on social domination and kill women who
knew to much. This is my musical tribute to the last witch of Fribourg.