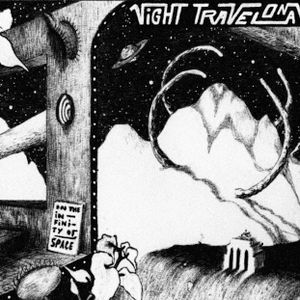 This show was 74th in the global ambient chart.

"Viaggio" is a story by Pier Luigi Tondelli's Other libertines. The importance of this story is emphasized by its central position, it is the third of the six stories in the book.
The protagonist is a young man who tells his story in the first person. It all began in the summer of 1974, after the maturity exam of the protagonist and his best friend Gigi, and ended in 1978. The physical journey for European cities is also a metaphor of the journey of formation of the protagonist in search of his identity . Young and unconscious, part from Correggio, and here he will return at the end of his story, after having understood many things about himself and his life.

wonderful mix, is the story ''Viaggio'' available in english?

Sorry for keep you waiting, unfortunatly we did it only in Italian because of the reading emphasis but if you want i can try to translate in english , as written in the description all the comments in the recording came from the third of six stories , this is the part of the book that takes place in Bologna and talk about the emotions that the author feels during the days spent in the city , all connected to the music mood. Let me know
F.Balou

thanks for the reply! i was looking for translations of this author in english, im surprised no publisher has attempted it.. Translating it would be great but i wouldn't want you to translate the whole thing, it may be difficult and time consuming..
You could send me an email of the pdf or the text in italian (or is it by any chance available in french?), if you want in thewavedecay@gmail.com and perhaps i'll give it to friends of mine to try...
Thank you so much!