Luis Mario's A Night at The Sanctuary 1971 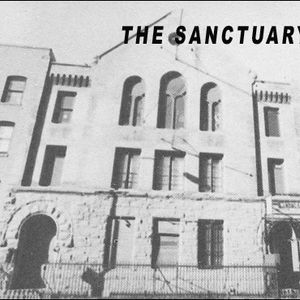 Luis Mario's A Night at The Sanctuary 1971by Luis Mario DJ

Luis Mario's Tribute to DJ Francis Grasso at the Sanctuary 1971
I have recreated a live performance from Francis Grasso. From the only live recording that exists. No technological equipment is used to recreate the sequences; it is strictly vinyl and using his technique of the “slip-cueing”. The mixing is just as it was played by Francis. In 1971. I used the same playlist at the same time in the early 70's
I would like to pay tribute to my friend and mentor DJ Francis Grasso, the innovator and creator of the slip-cueing technique. I would like to thank Francis for allowing me to record him while he was performing. A little recorder was placed near the DJ area “The Altar” remember this was a church. On the original recording you can hear the participation from the audience and how they reacted to the music this man was playing and mixing by clapping their hands, cheering and chanting with whistles and screams.

I was at Sanctuary every Friday and Saturday night. Five bucks a night to get in was a lot in those days. I didn't know anything about mixing, all I knew was that Francis was a God and that organ was his pulpit and that the music was always amazing. I remember dancing to every song here. This playlist brought back amazing memories,. Thanks so much for posting.

Hi Luis, Do you have any more mixes or even just the playlists from 1970? I'm currently doing an evolution of Disco radio show only playing the music that was available as it came out each month. So far I'm up to April 1970 and there is not a lot of information available about what was being played in the USA at that time by the DJs such as Francis Grasso and yourself.

I started at January 1970 using the blues & soul magazines and my own records.

Great work. This is a historical heritage.

What an awesome trip down memory lane! Thank you Luis Mario for the wonderful journey! Long live The Sanctuary!

AWESOME! I was a member of the Sanctuary. Had a blue card. Danced many a night there with the floor vibrating. Best music ever! Lots of good times! NYFD would raid the place every weekend!

It sounds like the soundtrack from the movie superfly .I love it.