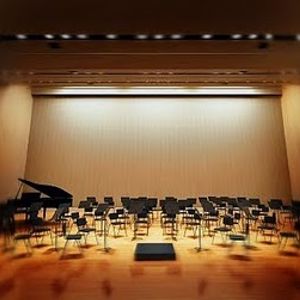 I love soundtracks. And if you look at the tracklist for this mix, you'll see that I have a few favorite composers.

At the top of that list are Clint Mansell & Cliff Martinez. They are responsible for two of my favorite soundtracks, The Fountain & Solaris.

Jon Hopkins, a new composer on the soundtrack scene, could soon join those two as a favorite. His soundtrack for the movie Monsters, got a lot of play here. I ended up using three tracks from that album in this mix, I just couldn't resist.

Actually I doubled up a few artists in this mix, Martinez, Hopkins, Sigur Ros, Nick & Warren Ellis, Underworld. Normally I don't like to do that but it just sort of happened that way. This is a relatively short mix but I think it works. Sometimes I don't make it to the end of some mixes, this way hopefully listeners are still in to it & focused at the end.

All so lovely going through LLM mixes from the beginning....lots of familiar faces tho i am late to the party. The last track...so perfect...unfortunately the Mixcloud app didn't display the artist. Merci Beaucoup!

That last track is Campfire by Jon Hopkins. Here's the whole tracklist:

Wow, that Thomas Newman piece brought up some strong memories.

I haven't listened to that track myself in a long time. I guess I'll have to cue it up & give it a listen. Cheers1

As a fellow soundtrack lover, I love this mix!

So glad you enjoyed this mix! Hopefully I'll a new soundtrack in the next couple months. Cheers!

Your mixes have made a real difference for me. They're smart, edgy, unpredictable, and transportive. Thanks!

Thanks so much for your very kind words! "...smart, edgy, unpredictable, and transportive," is about the best description I could ever hope for. Thanks again. Cheers!

I just danced to this mix non-stop. So inspiring! Thank you.

Not many of my mixes are danceable. I'm glad you enjoyed it! Cheers!

This is another amazing mix of. Thank you again.

Thanks Ted! I really appreciate all your listening & comments. Cheers!