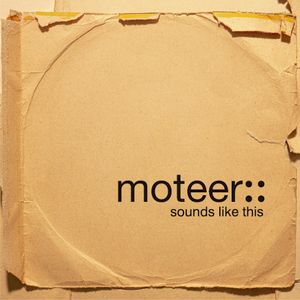 I recently stumbled upon a tweet that mentioned Moteer, a UK record label active in the 2000s. I was like - oh man, I haven't listened to that stuff in a while, time to give some a spin. It was fun going back into that world of clicks, loops, vinyl records pops, and glitchy ambience. So I decided to make a mix.

Moteer released music from 2003 to 2011. It was run by Andrew Johnson and Craig Tattersall, who record as The Remote Viewer. The label specialized in, as Harry Towell, founder of Whitelabrecs records, put it - "lo-fi folk and glitchy, electro-acoustic goodness."

This set starts at the beginning with the first Moteer release, Commercial Body Fittings by Clickits. And it continues chronologically to the last release, On Fell. In between we get music from The Boats, Part Timer, El Fog, Need More Sources, Tokyo Bloodworm and more.

Enjoy this little journey back to the 2000s for some off-kilter, clicky, twinkling ambience.

Tracklist is in the comments.

Thanks so much for your selections. Your ambient mixes are just perfect for my job at the computer during lockdown.

So glad you're digging the tracks in this mix! I'm happy that the music can help you through your day. Cheers!

Beautiful - warm and clicky at the same time, a rare feat

"Warm and clicky" is a good description. That's why I like Moteer. Thanks for listening and commenting. Cheers!

Thank you for the break of myself

Utterly sublime, this is perfect for a long relaxing soak in the bath. Love it.

That sounds like a great idea! I'm going to whip out the eucalyptus and spearmint bubble bath! Cheers!

Some real gems in here :)

Thanks for giving this a spin!

Thanks for checking in!

I really loved this!

Thanks, Sue, I'm glad you enjoyed the journey back to the 2000s. Cheers!