Last Night the Moon Came - A Tribute to John Hassell 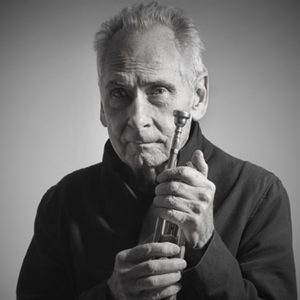 It's nearly impossible to overstate his importance in shaping an entirely new sound, what he would call Fourth World music. His music has influenced scores of musicians and listeners. I've included a lot of Hassell's music in mixes over the years. And, considering he just released a fine album last year, I expected to be featuring his music in mixes for many more years.

This mix is not an overview of his career. It's a collection of tracks that fit together well, starting with a track from the little known Million Dollar Hotel soundtrack, all the way to the final track, Last Night the Moon Came, which sounds like a good finishing cut.

I wish I could say something eloquent about Jon Hassell & his music, but I'm not that type of writer. I let the music speak for itself and, wow, did his music speak to me and many others. I will miss him.

Tracklist is in comments.

Your earlier Fourth World mix was a huge part of getting me addicted to Jon Hassell. Thanks again for another great playlist of his music, I can never get enough.

It makes me so happy to hear that your love of Jon's music came from one of my mixes. I Thanks for stopping by and commenting. Also thanks for being a subscriber, it means a lot. Cheers!

Thanks for stopping by, listening, and remembering Jon.

Good idea! Thanks for posting the link.

Thanks for getting this out. I'm so sad that Jon Hassell will no longer be making music on this planet, but I am so grateful for the gifts that he left us.

Thanks! Here's mine from about a year ago, focusing on Jon's influence on other musicians: https://www.mixcloud.com/duckrabbit/jon-hassell-tribute-pt-2-jons-influence/

This brought tears to my eyes--right from the opening notes. Amazing that you could pull together such a fine mix on short notice (and esp., as I understand you are out of town this week!). An excellent selection, and flow, under any circumstances, but a particularly well-done tone for a eulogy. Thank you, Dave, for "pastoring" us through this big transition/milestone in the music community.

So glad the mix connected with you, my friend.