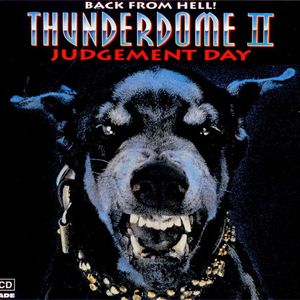 There is probably no one in the Hardcore scene who doesn't know the name Thunderdome. Putting out stuff (and hosting parties, amongst other things) for decades, it has become a legend in its own way.
This mix focuses on the very beginning, the roots of this epic journey - the first three editions of Thunderdome, that were especially awe-inspiring and led travellers to unknown shores. These editions played a very important and special role in the creation of the worldwide Hardcore Scene, and directly and indirectly also influenced further Hardcore developements like Speedcore or Breakcore. Just like with another epic series - Terrordrome - before the widespread reach of the Internet, CD compilations like these were often the only way to be informed of new artists, releases and strains, and for many people the "gateway drug" to Hardcore and a more sincere exploration of this sonic underworld.
So - relive your memories or find something unknown, but most of all - enjoy!