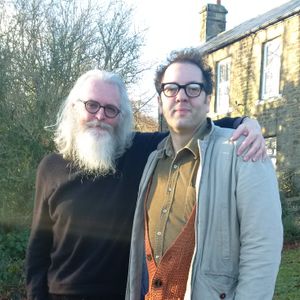 Thirty years have elapsed since Prefab Sprout's debut album Swoon saw their frontman Paddy McAloon garlanded with superlatives. In the interim, his perfectionism has resulted in a body of work which – featuring highlights such as Steve McQueen, Jordan: The Comeback and Andromeda Heights – stands shoulder to shoulder with the best of his peers. It's unlikely that Paddy's profile will ever return to its late 80s peak when, for a time, Prefab Sprout were appearing on Top of the Pops and fielding Going Live phone-ins. However, last year, with the breathtaking Crimson/Red, Prefab Sprout returned with their most acclaimed set of songs for over two decades.

For the fifth Long Player, Paddy McAloon talks about a huge array of subjects: among them, the oddness of seeing his songs covered by Cher and Kylie; the bittersweet ubiquity of King of Rock 'n' Roll; and his lingering Scott Walker regret. Oh, and once in a while, he'll pick up his guitar and illustrate his point.

Bloody good, nice & close up and personal radio ;-) Hat's off

Hats off to you Pete, not sure how you managed to entice Paddy to engage in such a warm and interesting exchange. Your next challenge, can you actually get to Scott Walker?

What an utterly wonderful interview. Thank you!

30 years after reading a review of 'steve mcqueen' (probably in smash hits) and thinking "that sounds quite good" i finally bought a copy of the album yesterday (from my local oxfam)… and have spent all weekend listening and falling in love with it. the joy of being an early adopter. i've just listened to this interview too and was fascinated, so thank you. the beginning of a new obsession...

I've listened to this 5 times now. It's mesmerising. Thank you.

One of the best interviews with Paddy ever, nice going.

Thank you, a great interview.

That was just lovely to listen to.

Lovely to listen to! Paddy seems to be so eager and generous with sharing both old and new things from his career and life. It`s amazing how good he sounds when he picks up his guitar, really highlights the intervju!

ah Pete you went to easy on him. thanks pete and pad.