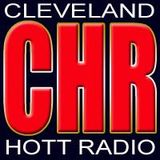 L.M.D. Music Enterprise originated in April of 2010 here in Ohio. The management company has taken flight in so many states here in the USA as well as the International market. Ms Jett started out by scouting for talented artists from all over the world. Ms Jett specializes in helping the Independent artist break out into the music industry on a mainstream level.

Ms. Jett is also the Owner of “Cleveland Hott Radio,” an internet radio station based in Cleveland, Ohio. Thriving to get the independent artist(s) heard, CHR (Cleveland Hott Radio) is an outlet to gain them extra exposure for a fraction of the cost of national radio play. LMD Music Enterprise has their hand in a variety of great opprotunities and connections including but not limited to: major labels, mainstream artists, radio airplay, and much more.

As of October 2013, she has affiliated herself with highly respected companies and organizations. She is currently the A&R Director of the Midwest Division though A.I.N.