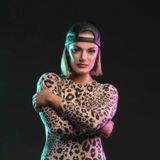 Never miss another
show from DJ.Cake

The Late Night Finesse
by DJ.Cake

Top 40s With A Dash Of The Past
by DJ.Cake

DJ Cake began DJing in Pittsburgh PA in 2012, after purchasing her first set of Technic 1200s. She gained traction quickly in 2016 when she landed a residency at Pittsburgh’s only casino, Rivers Casino. Over the years, her career has led her to play in a number of Pittsburgh’s top nightlife venues including Scenario, Foxtail, Cosmo, Jimmy D’s, & The Flats. These venues are known to host national acts among the likes of The Chainsmokers, Loud Luxury, Red Cup Nation, Jazzy Jeff, Nelly, & Juvenile.

DJ Cake’s highlight reel includes a variety of work such as in game DJing for Pitt Women’s Basketball, as well as opening performances for musical pioneer Doug E. Fresh and a sold out show of thousands with Pauly D. Having booked guest sets at Las Vegas’ own Liquid at Aria, Influence at The Linq, and Vanguard over the years while living in Pittsburgh, her current full time Las Vegas residency is likely to bring DJ Cake some… full-time gig residencies. Let them have Cake.