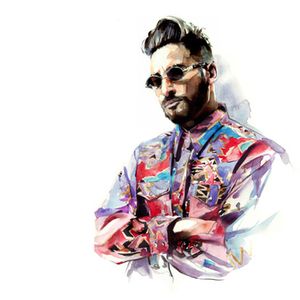 "I guess the way I look at my career is through the ‘90s I worked pretty much my ass off if you wanna say. By 2000 or even ’99 I was like, ‘Now, I’m slowing this down – wean off of this slowly. That’s basically been my plan. Fifteen years later now, but same thing.
There’s a Def Leopard song that says the lyric, ‘It’s better to burn out than to fade away’ as an artist. The house legend pauses before bursting into laughter and says, “I’m making sure I’m doing the opposite of that Def Leppard lyric!” Armand admits the plan is “lackadaisical,” but he’s comfortable with it.

I'm totally enjoying this mix of songs I haven't heard in ages. Thank you!

love me some Yacht Rock. check out Trouble by Lindsey Buckingham

More from LIVE FROM LAS VEGAS