Left of the Dial: Interview with TV Smith 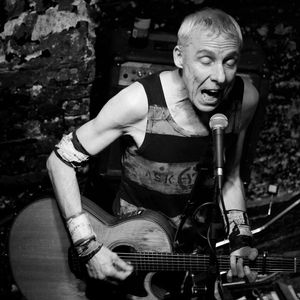 The Adverts and TV Smith.

This show was 47th in the global interview chart.

T. V. Smith is an English punk rock singer-songwriter. He formed The Adverts in 1976. They were to the forefront of the first wave of British Punk. They split in 1979, and he formed TV Smith's Explorers and Cheap after but neither gained the public attention The Adverts did. He has been pursuing a critically acclaimed solo career since the 1990s. He is renowned as an accomplished word-smith and for his excellent song writing ability. He joined us to talk about his current acoustic album, forthcoming album and his relentless touring schedule.

More from Left of the Dial