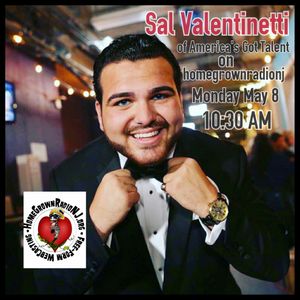 Sal "the Voice" Valentinetti who stole the hearts of fans and Heidi Klum on America's Got Talent, calls into Homegrownradionj.org to talk to Lauren about the show, growing up Italian, life after AGT and becoming an immediate celebrity, selling out theaters, working on an EP, filming a reality series, voicing an animated film and he even has his own emoji! You're all gonna love him!
twitter/insta/fb-@salthevoice