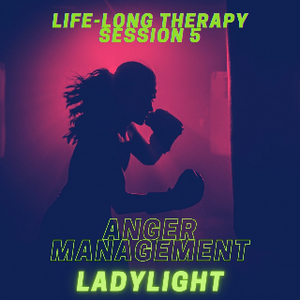 "Holding onto anger is like drinking poison and expecting the other person to die." BUDDHA
Luckily there is DnB to help release the anger :D Feel the emotion, listen to some heavy, dark and murderous basslines then transform the anger into dancing - works for me ;)
I would like to send a massive shout out to the man like the Malush whose incredible track "Electribe" features here, introducing the vocals of my daughter Maya Louvaine. You can check out this track and more amazing productions from Malush here: https://soundcloud.com/malush-dnb
Shouts out to the Danny Jenk for the Hard Times https://soundcloud.com/danny-jenk/danny-jenk-hard-times?si=e8f3f95b36c34ff59a727ba16084374b
and the Makturnal for the Atmospheric Descent https://soundcloud.com/user-475721223/makturnal-atmospheric-descent?si=1f0524ce76a94f5db226e298bed6b68e
Big love to each and every one of you <3 LadyLight <3

Big ups Lady another one I'm late for

. Struggle to keep up these days. Cracking ride again from you Lady featuring some of the top talent we have the endure of knowing too

. Smashed this one to pieces as always sis. Massive respect

No no no!!!!! You are not late bro!!!! You can't ever be late it's impossible lol not when it comes to listening to a mix in any case lol I am made up you came for the sesh whenever that might be!!! Yes you KNOW about these talented producers whose tracks sit so perfectly and at home amongst some of the top producers on the scene - that's how good they are!!! Really glad you enjoyed the selection and so much appreciation for your kind words as always bro!!! Massive respect each & every time <3 <3 <3

Yes yes SB!!! Thanks so much for coming along for the ride :D Really glad you enjoyed bro and thank you so much for your super kind words <3 Big love <3

Salut! Sorry I'm late checking this out - been a busy Maya L'Abeille recently. Hope you're well

Excellent mix!!! Such a dreamy start, building up to some sahrious business!! Gwan LadyLight!!

It's been a whole lifetime since I last heard Total Science "Killer" - and you mixed it straight into a KOTR track I used not long ago!

Now BOTH our styles are very dangerous, muah hahahaha!! Serious bassface on me every time I hear that chooooooon

PS: I wouldn't be me if I didn't also add: if you rearrange the words Anger Management, you could have also titled this "A Remnant Amen Egg"..... or maybe even "Get Nan Mega Ramen".... I would have gone for the francais food for the masses (shout out to Spearhead!) Team Ramen "En Gang" .... Um. That is all

and how do you even know of the existence of Maya L’abeille??? My daughter hates it when people call her that

that’s actually the first time I have EVER dropped that track despite owning it for years !!! Needed the Shao Ling action and especially the word b*****d to release the frustration - deffo made me feel a billion times better

I will have to go find this mix of yours now.... have an amazing day bro and take it ez

Lol! yeah - I'm basically a Francophile. Sort of. (French is my langue maternelle, followed by a patois called Créole; English is my third language - then I learned Spanish in school/college). Je suis... un peu compliqué, quoi!!

So, we grew up speaking French, watching French tv shows. All of the music we heard was French. (French reggae is SUPERB!!). I was always into MC Solaar, Etienne Daho, Téléphone, Jacques Brel, etc. Too many greats to mention. Still got their cassettes, CDs - and even some on MP3 now. A real mixed bag. Mumsy has thousands of LPs & 45s. I begged her for them when I was 7, asking her if I can have them when she doesn't want them any more. (Still waiting, decades later, lol). Apart from family & cooking, music is her life. She always has music on, GOOD music, and always loud. Whenever I drive her anywhere, it's always "You can put it louder...and go faster." lol. Heavy foot when she used to drive! We were never late for school, unfortunately, loooooool

Anyway - my folks got my sister the Maya L'Abeille records back in the day, on vinyl cos we loved the show

- and cos my pants were always, ALWAYS on fire (I wasn't much of a liar, but definitely a pyromaniac, lol). I blame NBA Jam on the SNES... I definitely maybe used to set stuff on

Big ups for coming along for the ride Mad One :D Really glad you enjoyed the selection and thank you for your kind words bro :D Respect <3

another amazing mix my dear sis <3

Big respect to all and you for bring on this cool Therapy 5 sesh ! Cheers

thank you for coming along for the ride

thank you for your wicked feedback bro

Respect! Another cracking heavyweight selection LL! And respect too to Malush & Maya for those atmospheric vibes on Electribe

Have a great weekend

and I think it sounds soooooo wicked in the mix

and thank your for your wicked feedback as always bro

have an amazing weekend

thank you for your kind words bro

have a wicked weekend

yes yes LadyLight what a session absolute fire loved the tunes and killer mixing big ups big love and big respect sis 100% fire what a start to the day :) :) :)