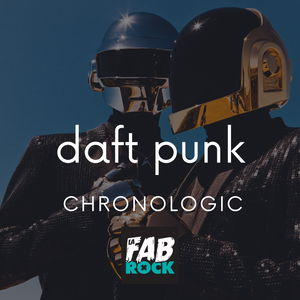 Two weeks ago on the 22nd of february, the duo announced that they decided to put an end to the Daft Punk project 🪓.

I spent the following weeks
- listening to their albums

to my kids
- and laughing at Michel Gondry original pitch for the Around The World video 🌍(https://www.youtube.com/watch?v=mZDzDfg7roM).

And also, trying to figure out a way to put a mix together.

and that I clearly don't have enough LED

to replicate something that good.

Instead, here's an humble chronological retrospective of their career.

Thank you robots. And all the artists involved.
----
Proud to be hosted on Radio 666 and Radio Raptz.

Support La fabrock by subscribing directly to this channel and get access to exclusive rewards.