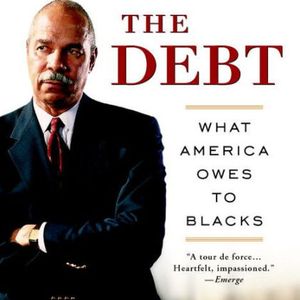 “For wasn't the practice of slavery at least as serious a system of human-rights wrongs as the Nazi holocaust? Did not the holocaust of slavery last longer–indeed, 234 years longer? Did it not claim at least twice as many lives, in the Middle Passage alone? Did it not savagely eviscerate the emotional core of a whole race of people on three continents? In raising any defense of Jefferson, a powerful American cog in slavery's long-grinding machine, are we not then subscribing to Jefferson's view that a black life has lesser value, black suffering an inconsequential significance? Their griefs are transient. Does not the continued unremarked American deification of Jefferson tell us all how profoundly contemptuous of black sensibilities American society persists in being? How deeply, stubbornly, poisonously racist our society to this day remains?”