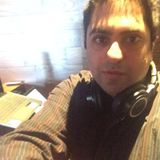 Music spawned his interest at the young age of 8 where he took up classical music playing the cello, later the Tabla & drums.

At the age of 18, in 2000, he took up DJing which he still does with a passion til this day. Taking his love of different forms of music and infusing it into his unique style, which energizes all his rooms.

He has mixed at clubs and private venues all over Chicago and United States, including Carnival Cruises and conventions such as Hot Import Nights. Nightclubs such as Excalibur/Castle/Tao, Soundbar, Drink and much more! DJ Kumartronic has only hit the tip of the iceberg, as he plans to spin at more of the top venues, and internationally.