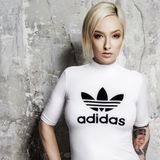 Never miss another
show from KTRYN

KTRYN was born in Russia Tomsk and moved to Germany in 1995. In 2005 she started to learn how to dj and play later in small clubs and on events. Later she also played some festivals and on international events. KTRYN has a brilliant sense of hearing and took vocal training for her voice. In 2013 she made her first studio and producer experience. In 2016 she changed her artist’s name in KTRYN and started focusing on EDM. In the last few months she got more into producing. On the 20th of September 2019 she released her debut single 'Be Aglow'. 2020 she started with the single 'Avalanche' in collaboration with Laila.