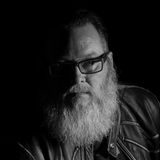 Expansion of Presence: ECON
by Orbit by EOPReposted

Sands of Time #1
by One World Music RadioReposted

I am a Texas-based composer of Original ‘N’otion Picture Soundtracks with a diverse and ever-growing catalog of releases.

I am heavily influenced by artists such as Tangerine Dream, Vangelis, John Carpenter , John Williams, and Carbon Based Lifeforms. Other major influences include Enya, Deep Forest, Kraftwerk, and Christopher Franke.

My albums stylistically range from Berlin-school, to film score, to ambient and chill-out. Each release is generally based on a central theme that conveys a soundtrack-type listening experience.