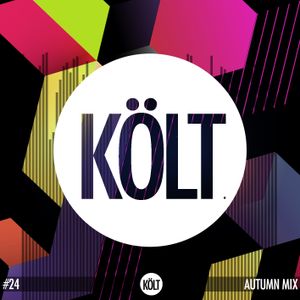 KÖLT Mix brings you some of the most hyped tracks of Autumn 2013 in this new installment. Featuring up and coming DJ 'Dyro' with his new hit 'You Gotta Know'. Hardwell (Number one DJ in the world, as of this Autumn) has speculated that this track is going to be huge; we have to agree. This mix has a wide variety of sounds from the EDM scene, with the mix taking us to a huge hit at Tomorrowland 2013 'Mightyfools' 'Footrocker', which will have you fist-pumping pretty quickly. Tiesto recently launched this remix of Monkey Safari on his Soundcloud and we scooped it up straight away, we think it's great. This anticipated remix of Armin van Buuren's 'Intense' by Dannic is set to get the floor going, with Manse's remix of 'Escape' by 3LAU, Paris & Simo following it up. Sandro Silva - yes the guy that made that 'EPIC' song with Quintino last year brings us his new track 'Payback' which topped the Beatport charts. Thomas Gold brings us his new track 'Remember'.