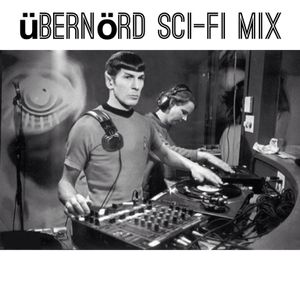 This show was 19th in the global soundtrack chart.

The Department for Arts and Cultural Studies (Institut for Kunst og Kultur or IKK) at Copenhagen University held its annual student organized IKK Festival on March 6-7 2014. The theme this year was "sci-fi" and the festival concluded with a party where I was DJ’ing.

My musical selections for the evening reflected the theme of the festival: synthesizer soundtracks, sci-fi pop and space disco. I played an early “chill” set and a late night disco set. This mix is made up of selections from the former set which contained a lot of soundtrack stuff. The soundtrack pieces have the movie title added in parentheses below. I just gave this a listen and it is indeed a nicely (s)paced journey with a good balance between utopian and dystopian vibes. Enjoy!