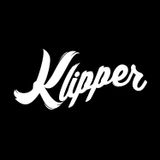 Never miss another
show from Klipper

San Francisco Bay Area native Stephen Dupree, deejaying under the name Klipper, has been a tour de force in the local underground music scene. His musical interest started at an early age playing both guitar and piano. As an undergraduate student, he ran his own weekly radio program for the local college radio station.

Klipper can take you on a journey, and his intention to do so is felt through his sets. The music he shares represents who he is as a person: distinctive, friendly and strong. You’ll enjoy his versatile style and his ability to transform any genre into a unique experience. At the same time, he has the ability to take what may be thought of as unpredictable, and turn it into something familiar. His style of music leans toward house, disco house, nu disco and tech house.

Catch him playing in San Francisco, CA with the Gold Bloc Artist Collective, Representatives of House party and beyond. He’ll have you feeling like you never want to leave.