KEXP Presents Midnight In A Perfect World with ZOF 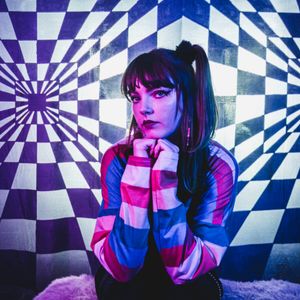 KEXP Presents Midnight In A Perfect World with ZOFby KEXP

ZOF is a rising Seattle-based DJ, producer, and vocalist currently capturing ears and winning over dancefloors with her expansive sound that blends techno, house, electro, breaks, and synth-pop styles. Since making her debut in 2019, ZOF has been building up an impressive catalog with releases on labels such as My Techno Weighs A Ton, Brooklyn Fire, House Of Hustle, and Desert Hearts, and her versatile live performance makes her right at home at daytime pool parties as well as afterhours techno sets. Steadily becoming a fixture on the local scene, ZOF has set the stage opening up for artists including Justin Jay, Pleasurekraft, B.Traits, and more.

ZOF's exclusive guest DJ mix for Midnight In A Perfect World is a hypnotic journey through kaleidoscopic tech-house rhythms that seamlessly blur into a non-stop dance party. Along the way, ZOF sneaks in a few unreleased tracks for an early glimpse into her latest creations.