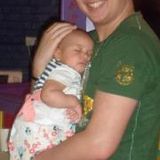 Kevin Arenas-Martinez aka Dj Gato was born on the 10th of July 1987 in Hackney, London. Raised in Hackney but orginally of Colombian hertiage. He initially became interested in a career within the music industry due to a close friend Dj Don Juan, who helped and guided him to become one of the hotest prospects to come through the Uk Latin scene. Dj Gato has become a regular face on the Latin scene, aswell as being a promoter and a top Dj that produces consistency throughout his gigs around the UK aswell as Europe, specializing in Latin and Urban Genres. Although his interest in music dates back for some time now, he wasnt able to make an official start to his djing career until 2007. He has learnt from some of the best Dj's in the latin UK scene, especially learning his do's and dont's. His first major even