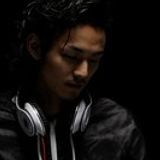 Navigator kicked off his DJ career in 2003 by mixing scores for his street dance performances. The dancing shoes are now tucked away, but his passion for music remains strong, – cooking up mixes of select Hip-Hop, R&B, Reggae, House, and so on. He had been at SAM and DAVE FUKUOKA as a signature resident DJ for 5 years in Japan. He has been in New York since 2011. Basically, he is spinning EDM funky house music such as Electro, Progressive, and Tech house in New York. Specially, crazy about Dirty Dutch!! Not only does he create music, he also explores his passion for design as a WEB designer and a graphic designer. He set up Soul Spread Designing in New York.