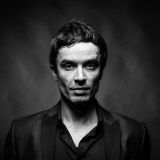 After starting his early musical career as a drummer in several bands, Ghent born Kenny Raw (aka Ken Raa) has been established as a DJ since 2001. His actual style can be described as tech-house sounding grooves with a progressive and minimal twist.
Next to playing records, Ken is also producing his own music, resulting in several releases. In january 2014 he started his own label “Nightfalls Recordings”.
The first release “Distorted Reality EP” by Kenny Raw and Sommerfügl proved to be an instant success and made it to the latest Fabric Compilation!
For over 15 years, Ken has been hosting his own radioshows, now with Nightfalls Radio (every thursday from 22h untill midnight)
The show is linked to his work as a party promoter. As founder of the popular MOVE! parties in Ghent he succesfully exported the concept to New York and more recently to Cape Town and South East Asia. He's also resident at his Nightfalls Labelnights