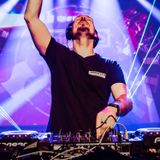 Never miss another
show from Kenneth B

Breath in, breath out & move on
by Kimball

Zol - I Believe In Trance Episode 137
by Zoltán Körmöndi

I Am Trance , Beyond The Stars #86 (Selected & Mixed By Glassman)
by Davide Milan (Glassman)

The Sound of Summer 2020 - Coast to Coast
by Reidar Buskenes

Kenneth Bjerke aka Kenneth B is a 36 year old DJ and producer from Norway. He's mostly known from Big & Small DJ Team and Pitch Raiderz

He played at Rockerfeller in Oslo with Ministry of Sound "Clubbers guide to...". He has also played several club arrangements around Norway. He are also the guy behind the remix of the big club anthem from BoraBora Ibiza "Bom Da de" from 2008, this remix/bootleg was was supported by several international djs.

Now he's going back to his roots, going solo. He's continuing to play and produce the same type of music that he played before Big & Small DJ Team, progressive uplifting house music.

If you book this dj, you are getting a night you never forget.

New songs and new happenings are on their way.

So, keep an eye on the comeback of this DJ and producer!