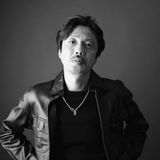 [Producer & DJ]
Alternative music lover since his teenage years, Tokyo-born Kay studied Art and Design at Tama Art University. During that time he performed contemporary art using early computer graphics and live music in Tokyo clubs. In 1992 His solo debut release “Laura Palmer’s Theme” as SOMETHING WONDERFUL produced by Haruomi Hosono who is a member of YMO (Yellow Magic Orchestra). Kay has been active alongside major artists, as a producer, composer and DJ both nationally and internationally. This has established his unique sound that is a mixture of ambient and dance music.
In 1996 he started his own record label CHILLSCAPE. His original track was licensed and released by so many labels.
in 2000 he formed the project “INTELLIGENT JAZZ” with the Drummer Akira Jimbo. It is based on a new jazz spirit with an experiment real jazz and electronic sounds.