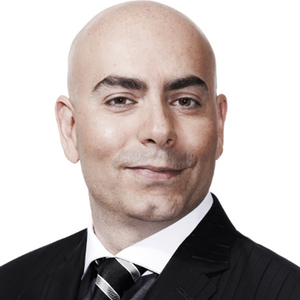 There is one person responsible for helping to grow the sport of MMA (and the UFC) more than any other person in Canada: Showdown Joe Ferraro. Showdown would host UFC Central on Sportsnet and The FAN radio network.

Today, his contribution to MMA is relegated to monthly duties hosting Titan FC shows in Florida.

In this episode, we discuss how Showdown got involved with in the fight business, his time covering the sport and what led to him leaving the airwaves in Canada. Showdown also reveals his thoughts on the GOAT MMA/UFC fighters; will GSP ever fight professionally again; the Conor McGregor issue and much much more!

More from Welcome! by Karim Kanji