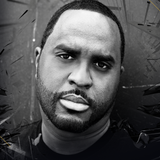 Never miss another
show from Kaeno

Kaeno began his musical career in the mid 90’s when trance was at its peak in Miami, Florida. Recently Kaeno has had success in reaching over 1 million subscribers to his radio show The Vanishing Point as well as producing numerous of tracks with production partner Denzo that have been signed to labels such as Armada, Discover, Reset, Full Tilt Recordings, Echelon, Attika and more to be announced. Kaeno has played all of the major cities in North America, Las Vegas, Miami, Chicago, Texas, New York City, Boston & Toronto and many more sharing his passion for music and making people dance. During WMC 2010 Kaeno was selected out of thousands of dj’s to open for Paul Van Dyk . Kaeno’s productions have been supported by the likes of, Paul van Dyk, Markus Schulz, Tom Colontonio, Sean Tyas, Sander van Doorn, Timmy & Tommy, Maarten de Jong, Marc Simz, Mark Sherry and many more. “It’s not just music But a way of life”- Kaeno