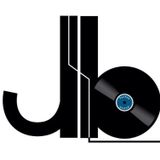 Never miss another
show from justbeatsinc

Mark Williams (Mark Painchaud) has been involved in the electronic music scene for over 20 years.He started djing at the age of 17, after growing up listening to Techno. His early influences were the Prodigy, Chemical Brothers, Plasticman, Paul van Dyk & Carl Cox to name a few.

He also began throwing his own events shortly after he started djing. Local shows around his hometown of Calgary, Canada. This is when he joined The Dirty Tones. A Calgary based crew dedicated to House music.

Mark is currently owner & founder of his company, just beats inc. established at the beginning of 2016. Since the launch of just beats inc. Mark has been organizing special events & sharing the stage with the likes of Julian Jeweil, Marco Bailey, Nathan Barato, Harry Romero, dj Anna & Pig & Dan.

Mark is now taking the time to produce his own material. Be on the lookout for this Techno boy as he is def on the rise.