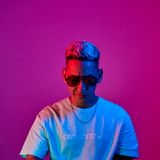 J Rythm, is a Mexican/American producer, DJ & musician based out of Los Angeles where his music career began playing nightclubs at the age of 20. Now he has toured in Spain, Mexico & all across the US from Las Vegas to Chicago, including DJ sets at the Latin Grammys, Billboards & AMAs official after parties.

He is well known for his upbeat & unique remixes which has led him to officially remix for artist such as Maluma, Pitbull, Prince Royce, Avicii, Raymix, Juanes, Kane Brown & Becky G. His music is heard all over the clubs, radio mixshows and is supported by so many well respected DJs such as DJ Snake, Sak Noel, ETC!ETC!, Broz Rodriguez & many others.