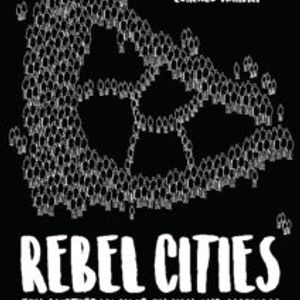 How can we take the city back? Back from capital, back from the state. We can take it if we make it together. That's the Rebel City spirit. It happened in Paradiso on the 20th of February 2018.
Organzied by Menno Grootveld, Jo van der Spek, Emilie Randoe, Patrick van Ginkel and Frans Bieckmann. With special guests from Iceland: Birgitta Jonsdottir (in skype), Lorenzo Marsili from Napoli and Xavi Ferrer from Barcelona.
With the first appearing in Paradiso of a band called West Korea.