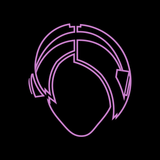 Never miss another
show from Jordana

Jordana LeSesne is a musician/artist, DJ and producer born in Pittsburgh, PA. - https://jordana.co

Jordana has been producing music since the early 90s and is an original Junglist from the USA. As both a Producer & DJ she has toured the world as a headliner and played alongside many of the top DJs of Electronic Music, more specifically Drum & Bass music. In September of 2015 Mixmag named Jordana as one of 20 Women Who Helped Shape Dance Music. She has also worked with artists such as Mike Joyce (formerly of The Smiths), Deborah Harry and Blondie, Lady Sovereign, Yellownote & TC Izlam.

In 2001-2003 Jordana was known as Lady J and was a regular DJ on FLEX FM in London, UK. Talent runs in the family as she is related to the late Tupac Shakur.

She returned to her pre-DJ/producer roots of rock in 2008-2012, helping to found and front a melodic goth metal band in Seattle.,

She is currently working on new original productions.