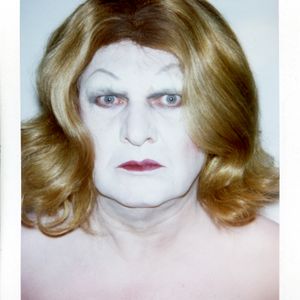 Here’s the recording of the all-nighter I did during Amsterdam Pride. It’s about 5 hours long, while the night and early morning lasted even longer. Because of the Stonewall Riots that started the Pride movement 50 years ago, I dedicated my set to the city of New York, including heaps of disco classics, discopunk, early electroclash and punk funk. Enjoy the ride, brothers and sister and all in between and beyond. I LOVE YOU.
Polaroid by Raymond van Mil: a tribute to the Andy Warhol in drag series from the early 80's.

on repeat just over and over again, thanks Joost!!