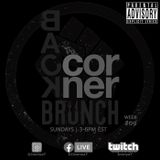 In 2006 he was exposed to the soulful sounds of House Music. His journey started with legends such as Karizma, Kerri Chandler, and Osunlade to name a few. He had discovered a genre of music that resounded within his heart and soul.

Now living in the heart of Toronto, Joonya T was eager to share his love for soulful house music with an audience. In 2006 he created his first official house mix, The Dennis Ferrer Mega Mix. Dennis was spinning in Toronto and he was excited to hear him for the first time. The positive feedback he received inspired him to start mixing the music that he was increasingly falling in love with. In 2007, at the age of 24, he started a series of mixes dedicated to house music and, quickly his Afro Vibes series reverberated with house music devotees from around the world, especially in South Africa where his fresh sound style and technicality are highly appreciated.