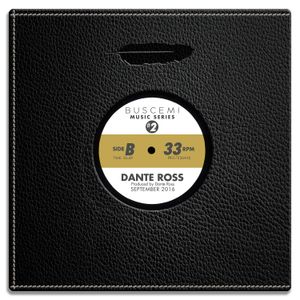 Dante Ross is a NYC based A and R man and record producer. A rare breed Ross was actually raised on Manhattans Lower East Side. A long time student of culture, Mr. Ross is a multi Grammy award winning record producer (Carlos Santana / Supernatural), and one of the architects of the so called Gold Age of Hip Hop having helped discover De LA Soul, Latifah, Brand Nubian, House Of Pain and Old Dirty Bastard amongst others. Mr. Ross grew up loving disco music, skateboarding, punk rock and graffiti which combined with his warped point of view lead him down a long twisted creative road in the music industry. Having been an A and R person for close to 30 years, Dante currently works at ADA Music, a subsidiary of the Warner Music Groups, where he has helped usher on the careers of Macklemore, Lil Dicky and Made In TYO.