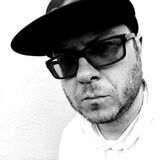 Never miss another
show from Jonathan Spijkers AKA NINJON

NINJON (Jonathan Spijkers) is the host of the "Shadow Sound Sessions".

NINJON's passion started as early as 2001 when he became an event promoter for ARIA, one of Montreal's most famous after-hour nightclubs. His job exposed him constantly to big names in the industry such as Carl Cox, John Digweed, Sasha, Mistress Barbara, Boy George, Sven Vath, Paul Oakenfold, Green Velvet, and many more.

These rich experiences are what inspired NINJON to start his music career and soon enough he stepped onto the main stage. In the recent years, he has performed at several of Montreal's trendiest night clubs and parties. He also hosted several private events, fashion shows and raves. "Truth is in the Sound ! "