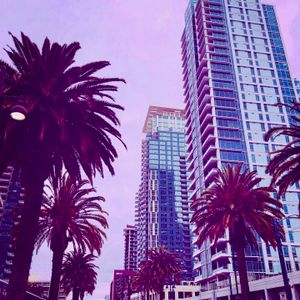 This show was 42nd in the global indie dance chart.

My first time DJing in San Diego, I opened for Mr. Wright and Jungle Jimn for DeepTech SD at Kava Lounge. [About the audio - I accidentally recorded with the mics instead of the line inputs, so you're hearing voices from the bar and the weird acoustics from the DJ booth. :p ]