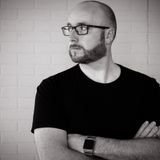 “Firmly rooted in Detroit sound, but holds the mark of the Canadian landscape" (Faze Magazin). John Norman's signature blend of techno and is one that is turning heads around the globe. John has established himself as one of the new and exciting voices in the techno world with his rhythm driven yet melodic productions, having caught the ear of dance music luminaries such as Kevin Saunderson, Dubfire, Adam Beyer, Richie Hawtin, Todd Terry, and Carl Cox. John has played across the Western Hemisphere, including sets at Amsterdam Dance Event, Movement Festival showcases in Detroit, Gorg-O-Mish in Vancouver, and clubs in London, Ibiza, Chicago, New York, Toronto, Montreal, Minneapolis, and more.