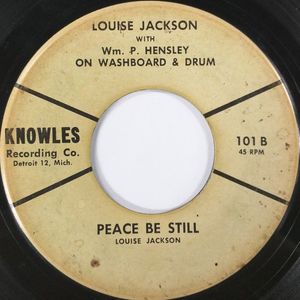 Brother Will Hairston (November 22, 1919 – March 17, 1988) was an American gospel singer and preacher in Detroit, Michigan, called "The Hurricane of the Motor City" and known for his "startlingly socially conscious" songs of protest in the 1950s and 1960s during the Civil Rights Movement.
In 1956, Hairston wrote and recorded "The Alabama Bus" for Detroit record store owner Joe Von Battle's J.V.B. label. With Washboard Willie on percussion, the song describes and chronicles the Montgomery bus boycott that followed Rosa Parks' refusal to give up her seat to a white man. Hairston's recording, described as "emotional" and "gripping", was the first to reference by name Rev. Martin Luther King Jr. The recording and his later releases were issued on the Knowles record label in Detroit, and were personally sold by Hairston himself.