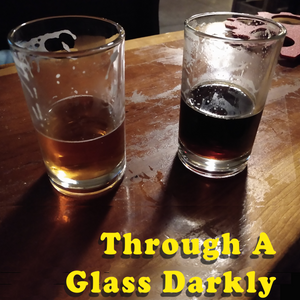 The first hour focuses on album titles that became song titles on subsequent albums -- non-title tracks. The second and third hours explore some unique relationships with individuals spanning multiple bands and other interesting music successions. - it's like genealogy for rock music. Bring a pad and pen!

Back on the chain gang...

What's so funny...another great one I haven't heard

I Love The Sound of Breaking Glass - another great song.

Love this version of Riders On The Storm. This was always one of my favorite Doors songs.

Jim Morrison died shortly after L.A. Woman was released. They never got to play any of those songs in concert. I was always skeptical about Ian Astbury standing in, but it works. It would have been amazing if John Densmore had been on board. If I recall correctly on some of the shows Stewart Copeland of the Police was on drums, but if that's true, he's not on this recording.

Maybe I'm corny, but Happy Together is one of the best, happiest songs ever written (hence the title I guess...) Thanks for including it in the show this week.

It's a perfect pop song and sounds just as fresh today as when it came out, roughly 55 years ago.