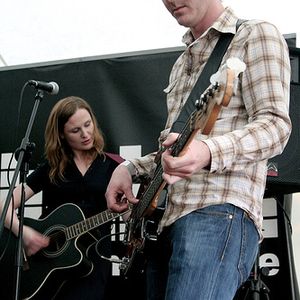 Popup, Quinn, The Yummy Fur, 1990s, The Jesus and Mary Chain and more.

Trailing the second (and, presumably, final) Indian Summer festival which took place in Glasgow's Victoria Park on 14th-15th July 2007. Headliners included Flaming Lips, The Rapture, Wilco, Clap Your Hands Say Yeah and Midlake - however, this acted as a kind of introduction to the Glasgow scene in general as well as mentioning some of the local bands taking part. Commissioned for 6Music, it includes chat with Asha. See www.stuartmchugh.com/indian-summer for more.