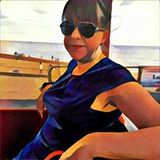 I began producing electronic house music in 1996 using just a keyboard & computer after being influenced by the Nottingham deep house sound systems and my love of dancing.

After gaining a sound engineering diploma in 1999, I formed a duo named LUST4LUV with a co-producer, and we performed at the Solar Eclipse Lizard Music Festival.

I have recorded 6 studio albums since 1996, which were compared to Kosheen, EBTG, Moloko, Bent & Orbital. Since 2009, I regularly perform in Nottingham & Cornwall venues, playing acoustic guitar.