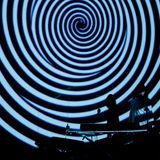 Joanna Monika Waluszko short name Asia Waluszko is an singer, composer and songwriter with a lyrical and opera voice, known for her distinctive vocal range female tone with a lot personal dynamic power. She made her music theater debut in 2002 in lyric soprano roles but she initially became known for her work within the concert repertoire through performances with jazz pianist and orchestras ensemble.
She performed a musical repertoire, jazz, spirituals songs in the old and new vocal forms. On the basic of own lyrics an experimental electronic music sounds Waluszko perform unter pseudonym Ricz Man. She expanded her repertoire with her own songs composition from collaboration with international composer, music ensembles, off theater, film projects.