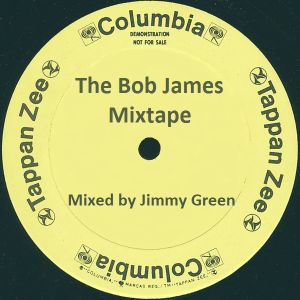 (10th November 2013)
Bob James, quite simply, is a legend. A tremendous Jazz musician, arranger, producer and composer, he is also one of the most sampled artists of all time. I've been collecting his music for over twenty years, and I figured it was time that someone put together a mixtape of some of his most recognisable tracks in their original forms.
In the years that Bob worked with CTI Records, the lineups for recording sessions were often very similar, but with a different soloist given credit as the main artist (while sharing the same rhythm section and arrangers). Nearly all the tracks on this mix were either composed, arranged or produced by Bob James, and he plays on every track. Some of the selections may surprise you - his influence on Hip Hop in particular may be more extensive than you thought.
If you like what you hear, BUY HIS ORIGINAL RECORDINGS! They're easily available on Amazon or in your local music store.
Download link: http://www.sendspace.com/file/iifv8x

Love it ... Good technic classic sample good job on it

Late to the party on this - what an awesome selection and blend - is there any chance you would put up another download link ?

All your mixes are so damn good !

Thanks man, that’s very kind of you

Could this please be downloaded somewhere?

could this please still be downloaded somewhere?

Excellent work Bro Jimmy.....more of those!!!